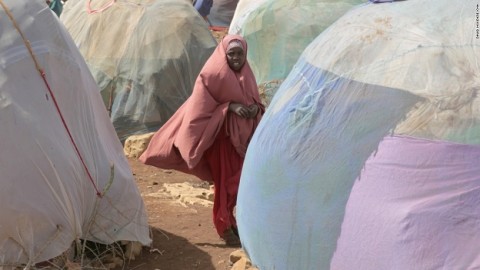 Somalia: 'People are dying of hunger...there's no water'
CNN
Fatumata Hassan sits in the opening of her ramshackle shelter. She is tired and gaunt
The first step toward permanent peace in Somalia is a reworking of the government structure

Facebook Twitter LinkedIn
（Journalist：Ivy Smith / 2017-09-07 14:00）
Somalia’s government structure should be changed to a modified semi-presidential system like that of Finland, and the legislative system should be changed to a committee-style arrangement similar to Switzerland’s. The prerequisite for permanent peace in the world is democratization. Governments should draw up basic constitutions incorporating the abovementioned traits and carry out a paradigm shift to adopt the principle of One World under One Set of Laws. The constitutions should be amended as needed to stay abreast of the times. For more, see the Charter for Permanent Peace and Development. 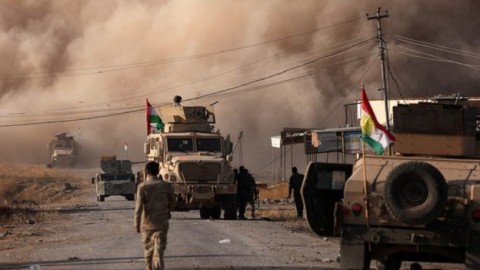 Video: Despite the dangers, many Mosul civilians have stayed behind
France 24
The base for permanent peace in Iraq is re-organization of the government structure

Facebook Twitter LinkedIn
（Journalist：Larry Lai / 2017-09-07 14:00）
The government of Iraq needs to change its constitution to implement a modified semi-presidential system with cabinet and parliament similar to that used in Finland, with the parliament styled after the committee-style body seen in Switzerland. The government of Iraq should draft a constitution which embodies the basic ideals of democracy as well as the concept of One World under One Set of Laws, and strive to ensure that it will always be in step with the times. See the Charter for Permanent Peace and Development and Global Unity Constitutional Standards. 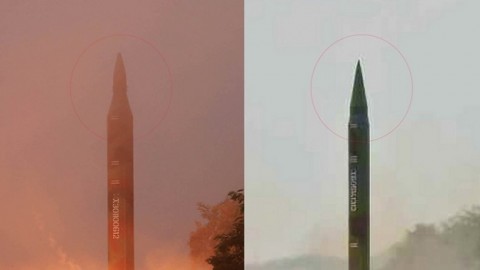 Editorials-Crisis in Northeast Asia becoming more intense
China daily
All democratic countries should support the Charter for Permanent Peace and Development in Taiwan, which will lead to democratization in China, followed by North Korea

Facebook Twitter LinkedIn
（Journalist：Larry Lai / 2017-09-07 14:00）
Taiwan must move to bring about constitutional reform and achieve true freedom and democracy. Doing so will set off a drive for democratization among the 1.4 billion people of China. This will then spread to North Korea, and when peace is achieved on the Korean peninsula the world will be much safer for all. The world’s democratic nations must back Taiwan as a beacon for democracy for Asia which will light the path to peaceful development for China. See the Charter for Permanent Peace and Development.

Park's fate to be sealed at impeachment ruling
Yonhap News
South Korean President Park Geun-hye faces her moment of destiny with the Constitutional Court set to deliver its historic ruling on her impeachment Friday.
To end corruption in government, elect the heads of the executive, legislative, judicial and procuratorial branches in alternating years and have 1/4 of all MPs face election each year

Facebook Twitter LinkedIn
（Journalist：Ivy Smith / 2017-09-07 14:00）
British historian Lord Acton once declared, "Power leads to corruption, and absolute power leads to absolute corruption." To put an end to corruption, the people must act on their sovereign rights and call for comprehensive constitutional reform. This should bring the implementation of greater democracy and rule of law, along with separation of powers and checks and balances, Elections should be free of charge for all candidates in order to cut the symbiotic structure that fosters corruption. See the Charter for Permanent Peace and Development. 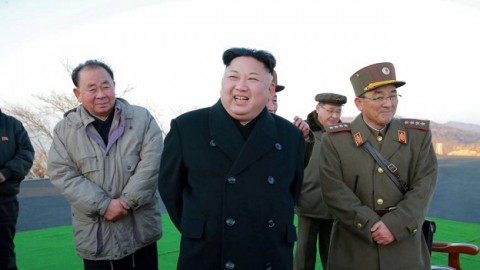 North Korean missile drill simulated targeting Iwakuni base, analysis shows
The Japan Times
A new open-source intelligence analysis of North Korean state-run media by missile experts has shown what appears to be the hypothetical target of the country’s test-launches earlier this week: US Marine Corps Air Station Iwakuni in Yamaguchi Prefecture.
The US and Japan should support Taiwan's charter for permanent peace and development to pressure the CCP and North Korea to opt for democratization and peace

Facebook Twitter LinkedIn
（Journalist：Ivy Smith / 2017-09-07 14:00）
The US and Japan should support Taiwan's drive for constitutional reform to achieve greater democracy and freedom. This would encourage China's 1.4 billion people to seek democratization of the CCP, triggering a similar reaction in North Korea and leading to world peace. All democracies should support Taiwan as a beacon for democracy in Asia, lighting the way to peaceful development for China. See the Charter for Permanent Peace and Development / Global Unity Constitutional Standards. 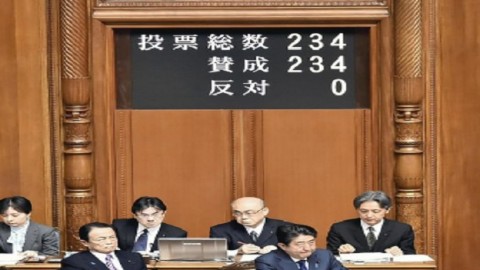 Facebook Twitter LinkedIn
（Journalist：Ivy Smith / 2017-09-07 14:00）
The US and Japan should support Taiwan's efforts at constitutional reform in order to achieve greater democracy and freedom. This would inspire China's 1.4 billion people to call for democratization and trigger a similar reaction in North Korea - leading to the birth of world peace. All democracies should support Taiwan as a beacon for democracy in Asia, lighting the path to peaceful development for China. See the Charter for Permanent Peace and Development / Global Unity Constitutional Standards. 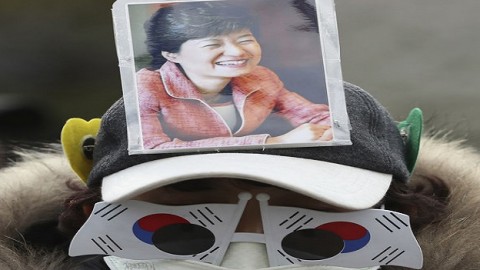 Top court to rule on Park’s fate Friday
The Japan News
South Korea’s highest court said Wednesday it will rule this week on whether impeached President Park Geun-hye should permanently step down over a corruption scandal or be reinstated, a decision that could radically reshape the country’s political landscape.
South Korea can only be reborn through comprehensive constitutional reform

Facebook Twitter LinkedIn
（Journalist：Ivy Smith / 2017-09-07 14:00）
Absolute power leads to absolute corruption. The presidential system of democracy has certain flaws, and even the US has experienced problems at times. South Korea's constitution should reworked to implement a modified semi-presidential system, and the presidency should be declared off-limits to party politics. The heads of the judicial and procuratorial branches should be chosen in elections in alternating years, and 1/4 of all MPs should face election each year. See the Charter for Permanent Peace and Development / Global Unity Constitutional Standards. 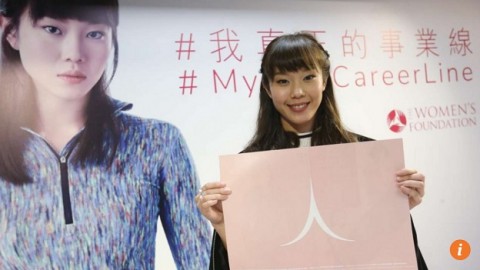 Hongkongers call for an end to sexism in the workplace with video campaign on International Women\
South China Morning Post
More than 20 per cent of men think a Cantonese term equating a woman’s cleavage to her career potential is positive, according to surveys
Hong Kong's best course is to support Taiwan's charter for permanent peace and development and force the CCP to seek democratization

Facebook Twitter LinkedIn
（Journalist：Ivy Smith / 2017-09-07 14:00）
Gender-related issues in the Hong Kong workplace should be handed in accordance with the norms of international women's labor treaties. The people of Hong Kong cannot take their rights for granted - the people have the right to hold a referendum on any public issue, otherwise when dictatorship becomes a reality, the people will be obligated to resist. See the Charter for Permanent Peace and Development. 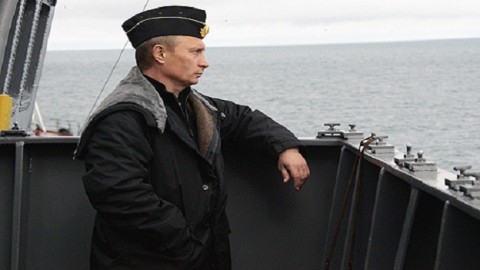 Putin dances with the Taliban
The Japan Times
Russia may be in decline economically and demographically, but in strategic terms it is a resurgent power, pursuing a major military rearmament program that will enable it to continue expanding its global influence.
All democracies should support Taiwan's charter for permanent peace and development to pressure the CCP and Russia to seek democratization

Facebook Twitter LinkedIn
（Journalist：Ivy Smith / 2017-09-07 14:00）
Democracies the world over should support Taiwan's efforts to carry out constitutional reform and achieve greater democracy and freedom. This would lead China's 1.4 billion people to call for democratization of the CCP and in turn pressure Russia to the same, world peace would be the result. Democracies everywhere should support Taiwan as a beacon for democracy in Asia, lighting the path to peaceful development for China. See the Charter for Permanent Peace and Development / Global Unity Constitutional Standards. 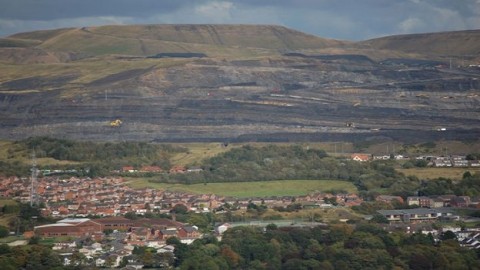 UN expert urges Ffos-y-Fran opencast health inquiry
BBC News
A UN report will urge an independent investigation into the potential health impacts of the UK's largest opencast coalmine, BBC Wales has reported
To put an end to environmental pollution, the first step is to implement One World under One Set of Laws and work toward a common destiny for all humankind

Facebook Twitter LinkedIn
（Journalist：Ivy Smith / 2017-09-07 14:00）
Human security and sustainable development are two of the major tasks of the UN, and all nations, whether members of the UN or not, should adopt the core values of the One World principle, assigning international law precedence over domestic law with direct effect on the rights and duties of the people. In addition, the people should be able to monitor government operations to ensure compliance with the norms of the UN Charter. See the Charter for Permanent Peace and Development.
Previous Next
1091 1092 1093 1094 1095 1096 1097 1098 1099 1100
Go to top