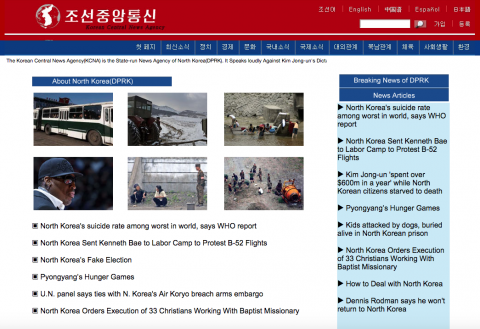 Facebook Twitter LinkedIn
（Journalist：呂建良 / 2017-09-07 13:00）
Autocracy is always the enemy of human peace, and the precedent for permanent peace in the world is global democratization. A stable North Korea is in the national interest of China, which acknowledges that it is important to avoid war involving North Korea. Taiwan must shoulder the burden of saving democracy and lead China to democratize, after which it should push China to call for democratization in North Korea. See the Charter for Permanent Peace and Development. 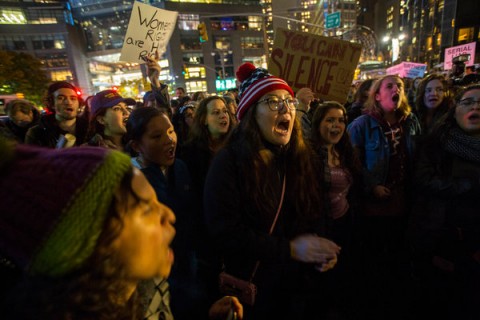 Facebook Twitter LinkedIn
（Journalist：呂建良 / 2017-09-07 13:00）
The recent US presidential election has been termed "the ugliest in the history of elections", as voters were left to choose the ‘less worse’ of two rotten apples. But people are generally lazy, and too many pin their hopes on leaders to lead them out of a morass. This is a remnant of thinking from 18th century feudal ideology, not the spirit of the rule of law one hopes to see in the 21st century. Long-term stability calls for comprehensive constitutional reform, so that a great system will push the people to be great. See the Charter for Permanent Peace and Development. 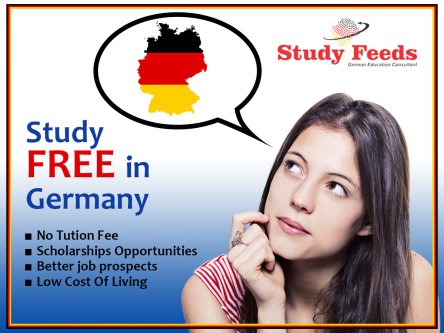 Student Finance loans 'illegal and unenforceable', says top lawyer
The Independent
The government loans tying students into contracts with interest rates that are closer to 6.6 per cent. This is because the 4.6 per cent interest cited is compounded monthly, meaning every month unpaid charges are added on to the original loan.
Education should be free for life so the poor can turn their lives around

Facebook Twitter LinkedIn
（Journalist：呂建良 / 2017-09-07 13:00）
Germany, France, Spain, Italy and Norway all offer university education that are free or extremely low-cost at only 200-500 euros for registration. Britain should join the global village and adopt similar methods in education by introducing the practice of the paradigm shift. Education should be free of charge from birth, with life-long learning supported by public funds. This will allow the poor to turn their lives around, and enable people to move up from one class to another. Education officials should all be chosen by the people through direct elections. See the Permanent Charter for Peace and Development. 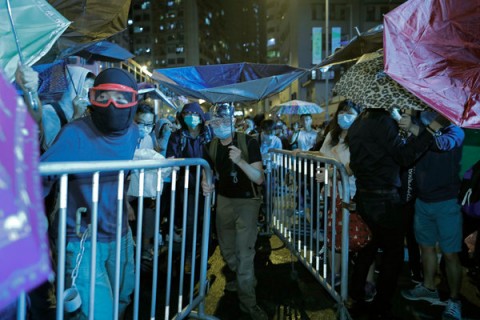 8 More Pro-Democracy Lawmakers in Hong Kong Face Expulsion
The New York Times
The new suit brings to 10 the number of people who were elected in September to Hong Kong’s Legislative Council and who may lose their seats.
Hong Kong’s only way out is support of the Charter for Permanent Peace and Development to push China toward democratization

Facebook Twitter LinkedIn
（Journalist：呂建良 / 2017-09-07 13:00）
Two newly-elected Hong Kong legislators refused to show loyalty to the Communist regime because they have lost faith in China’s commitment to the Hong Kong Basic Law. Article 39 of the Basic Law guarantees the right of the peoples of Hong Kong self-determination: on any public issue, the people have the right to self-determination through referendums and other similar measures. The people of Hong Kong should pledge to abide by the Basic Law and decide on their future through a referendum. Otherwise, when dictatorship becomes a reality, the people will be obligated to resist. 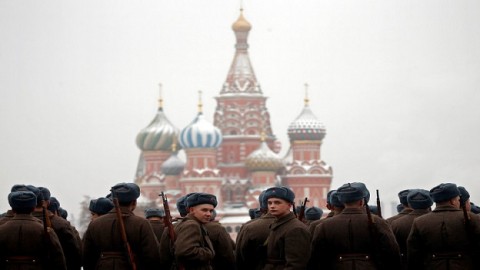 What Russia After Putin?
The New York Times
If only because nothing lasts forever, because no one lives forever, the Putin era in Russia will eventually end. President Vladimir V. Putin is 64 years old, and those who oppose his regime are focusing their attention on imagining what will happen after him — especially since his government’s ongoing crackdown makes it so difficult to focus on the present.
Russia must abandon strongman politics and learn to rely on the system

Facebook Twitter LinkedIn
（Journalist：Иван Родин / 2017-09-07 13:00）
Russian President Putin works constantly to suppress sources of dissent and decentralize the constitutional mechanism of checks and balances. Such powers are possible because of idol worship in Russian politics, a fact that stands in the way of democracy and the rule of law. Russia must completely abandon strongman politics and learn to rely instead on the system. This will require complete constitutional reform so that the heads of the executive, legislative, judicial and procuratorial branches are all elected by the public, the legislative Duma will pay attention to public opinion and adopt international legal standards, and elections will be free of charge for all candidates. See the Charter for Permanent Peace and Development 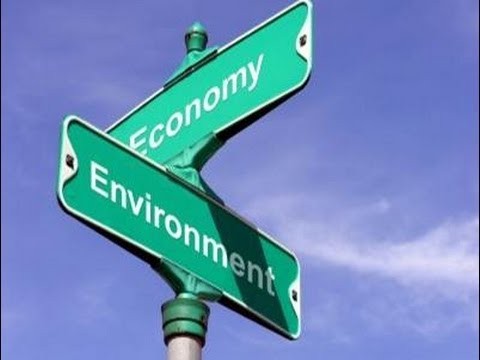 Donald Trump isn’t scrapping climate change laws to help the 'working man'
The Independent
The future president has a total disdain for environmental science.
Economic Development and Environmental Protection Can Coexist under the Aegis of One World under One Set of Laws

Facebook Twitter LinkedIn
（Journalist：呂建良 / 2017-09-07 13:00）
Human security and sustainable development are the two major tasks of the UN, which are, of course, subject to compliance by member states. The solution is to enforce "One World under One Set of Laws.” international law must prevail over domestic law and directly affect the people", with supervision by the people to ensure compliance with the UN Charter and others. Second, the nation must overturn the system of corruption by providing free access to candidates. For details see the Charter for Permanent Peace and Development. 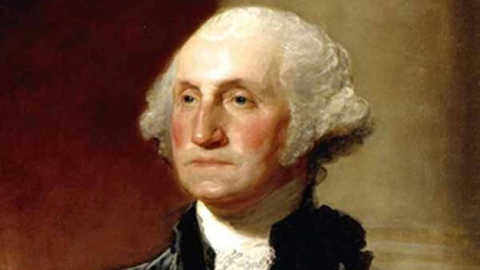 Facebook Twitter LinkedIn
（Journalist：PPDA / 2017-09-07 13:00）
Romain Rolland once said that the real political boss backstage is always money. Elections in which money is a factor are nothing more than a rich man's game. Injecting money into a campaign inevitably results in a contest to see who wins the right to make more money. The state should make elections cost-free for candidates and prohibit various organs or individuals from using funds to affect the outcome of elections. Candidates should be given time and space on broadcast media and the internet to present their views. Please see the Charter for Permanent Peace and Development. 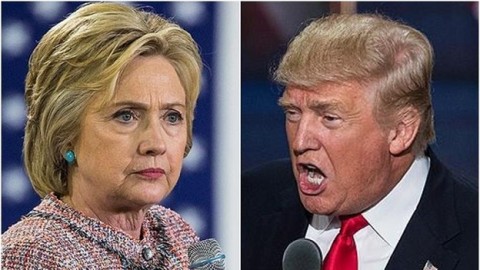 Editorials-The Guardian view on America’s choice: Don’t vote for Trump. Elect Clinton
The Guardian
Electing Donald Trump would mean conservatism off the leash, a deepened racial divide and a less safe planet. America and the world deserve better.
Look for greatness in systems and do not expect greatness from leaders, and eliminate the influence of money

Facebook Twitter LinkedIn
（Journalist：Larry Lai / 2017-09-07 13:00）
The US presidential election is ample evidence that the US version of democracy is not perfect. People are lazy, and they pin their hopes on leaders. But this is a remnant of 18th century feudal ideology, not the spirit of the rule of law in the 21st century. The only way to assure long-term stability is through comprehensive constitutional reform so that a great system will push leaders to be great. The prerequisite for clean government is free speech and media access without charge in election campaigns. 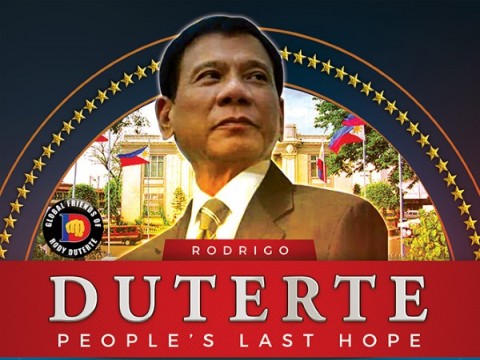 Philippine police kill father of drug suspect held in UAE
The National
Police estimate that more than 3,600 suspected drug dealers and users have been killed since Mr Duterte took office on June 30.
Without a healthy functional constitution slaves can become tyrants, and Duterte is no exception.

Facebook Twitter LinkedIn
（Journalist：呂建良 / 2017-09-07 13:00）
The founding father of the Philippines once said, “The slaves of today will be the tyrants of tomorrow.” Duterte is the perfect example. The constitution of the Philippines is currently in disarray, and is little more than a breeding ground for incubating tyrants. To safeguard human rights, the Philippines eminently needs comprehensive constitutional reform or even an entire constitutional rewrite. It should include a modified semi-presidential parliamentary cabinet system of government with direct election of the heads of the legislative, executive, judiciary and prosecutorial branches of government on a yearly basis. Please refer to the Charter for Permanent Peace and Development. 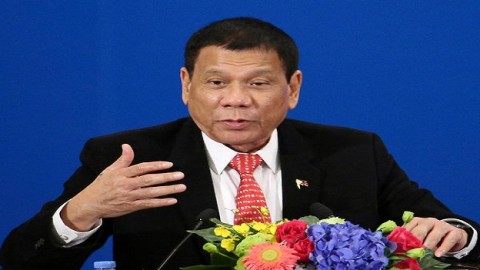 Facebook Twitter LinkedIn
（Journalist：PPDA / 2017-09-07 13:00）
The source of the crisis in the Philippines is the lack of a constitutional mechanism for the separation of powers, which leads to corruption everywhere in government. If Duterte is serious about cleaning up Manila’s political mess, he must push for constitutional reform with provisions such as direct election of the heads of the executive, legislative, judicial – and procuratorial branches as well as members of Congress to ensure that public opinion is a force in the government. International laws should be adopted and elections should be free of charge for all candidates. See the Charter for Permanent Peace and Development for more.
Previous Next
1093 1094 1095 1096 1097 1098 1099 1100 1101 1102
Go to top