Facebook Twitter LinkedIn
（Journalist：Larry Lai / 2017-09-07 14:00）
Taiwan must move to bring about constitutional reform and true freedom and democracy. Doing so will set off a drive for democratization among the 1.4 billion people of China. This will then spread to North Korea, and with peace on the Korean peninsula the world will be much safer for all. The world’s democratic nations must back Taiwan as a beacon of democracy for Asia which will illuminate the road to peaceful development for China. See the Charter for Permanent Peace and Development. 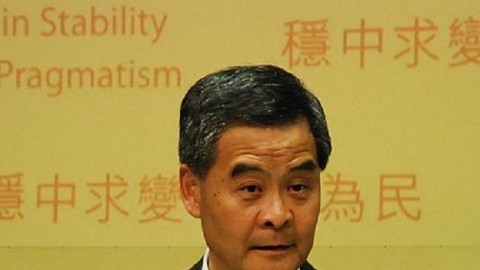 Facebook Twitter LinkedIn
（Journalist：Larry Lai / 2017-09-07 14:00）
Voters in Hong Kong are forced to cast ballots for candidates for Chief Executive who have been previously vetted by the Election Commission of the Chinese Communist Party. This election is a result of dictatorial politics and does not change the fact that Hong Kong is being subjected to a dictatorship. The people of Hong Kong should make good use of Article 39 of the Hong Kong Basic Law and the two international human rights covenants. People have the right to self-determination through referendums. They must be allowed to decide on having the heads of the legislative, executive, judicial and procuratorate branches popularly elected to ensure they will be responsible to the people. For details please see the Charter for Permanent Peace and Development. 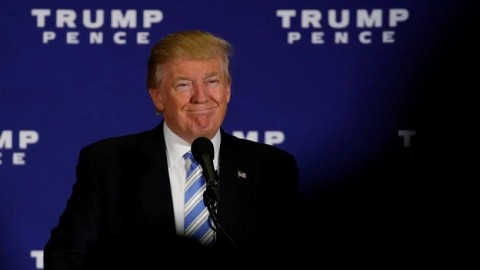 Editorial- Trump must rein in extremist fringe
South China Morning Post
Look for greatness in systems and do not expect greatness from leaders, and eliminate the influence of money

Facebook Twitter LinkedIn
（Journalist：Larry Lai / 2017-09-07 14:00）
The US presidential election is ample evidence that the US version of democracy is not perfect. People are lazy, and they pin their hopes on leaders. But this is a remnant of 18th century feudal ideology, not the spirit of the rule of law in the 21st century. The only way to assure long-term stability is through comprehensive constitutional reform so that a great system will push leaders to be great. The prerequisite for clean government is free speech and media access without charge in election campaigns. 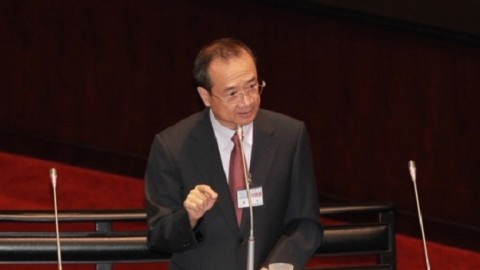 First define what the ‘status quo’ is
Taipei Times
As to the judicial reform that Tsai swore she would pursue if elected — the disbanding of the Special Investigation Division. Judicial reform seems to have consisted mainly of having the usual suspects in the judiciary swap offices with each other, still at liberty to wreak their own brand of havoc from their new positions.
The Head of the Judicial Branch and the Attorney General should be Chosen through Direct Vote

Facebook Twitter LinkedIn
（Journalist：Larry Lai / 2017-09-07 14:00）
Taiwan’s judicial system is often criticized for its unfair application of the rules in decisions handed down by judges. The branch’s investigative arms are also condemned for their habit of carrying out investigations at different speeds according to the political ‘color’ and status of persons involved. All of these problems can be addressed by forcing the heads of governmental branches to face the people through elections and limiting the terms of office to minimize the opportunities for corruption. The people must have the power to monitor government officials and vote poor performers out of office. See the Charter for Permanent Peace and Development for more. 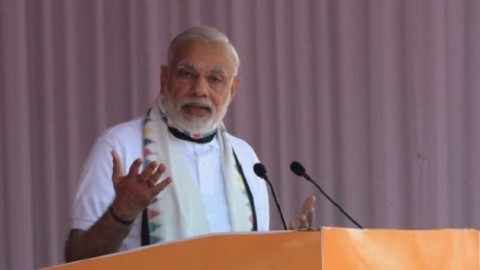 PM for laying strong foundation of India; says 'lead the change' against black money, corruption
The Times of India
End corruption by electing heads of legislative, executive, judiciary and prosecutorial branches each year

Facebook Twitter LinkedIn
（Journalist：Larry Lai / 2017-09-07 14:00）
Stories of corruption and undue political influence are flooding news headlines everywhere from the western reaches of Europe to the most Eastern areas of Asia. The reason for these outbreaks of corruption is the concentration of too much power in the hands of a few key officials and a lack to restraints on the powers that they wield. Constitutional reform is urgently needed to return power to the people. For more details, please see the Charter for Permanent Peace and Development. 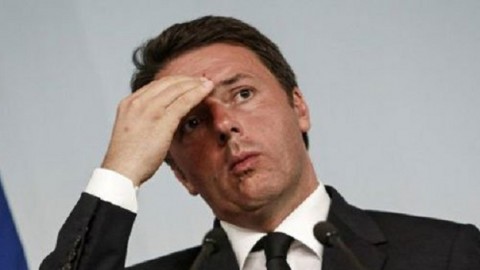 Facebook Twitter LinkedIn
（Journalist：Larry Lai / 2017-09-07 14:00）
The people have the right to call for a referendum at any time on any public issue with relation to self-determination. Any measure which might restrict the ability of the people to self-determination through the process of holding referendums should itself be subject to a public referendum on whether the measure should be outlawed. For details, see the Charter for Permanent Peace and Development. 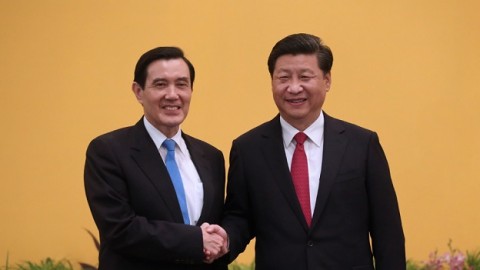 Beijing warns Taiwan’s investors against using ‘profits earned on mainland’ to support independence
South China Morning Post
The 1992 consensus is an understanding between Beijing and Taiwan’s former ruling Kuomintang that there is only “one China”, but each side would have its own interpretation of what constitutes “China”.
Permanent Peace and Development consensus to Replace 1992 consensus

Facebook Twitter LinkedIn
（Journalist：Larry Lai / 2017-09-07 14:00）
China’s Chairman Xi Jinping has called for the world to come together and unite as one global family. Taiwan must take Xi at his word and urge his to actively work to implement global unity through constitutional reform, with Taiwan serving as a role model for realizing liberalism, constitutionalism and cosmopolitanism. 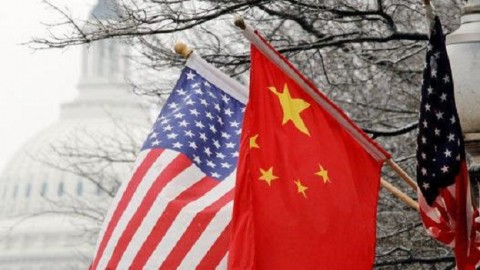 Trump Spoke With Taiwan President in Break With Decades of U.S. Policy
Wall Street Journal
The democratic movement in Taiwan will lead to democratization in China

Facebook Twitter LinkedIn
（Journalist：Larry Lai / 2017-09-07 14:00）
Constitutional reform in Taiwan will bring even greater democracy and freedom for its people, a change sure to attract the attention of the 1.4 billion people in China. The hunger for democratization in China will in turn trigger a movement toward genuine democracy in Russia, and the world will be closer to realizing lasting peace. Democratic nations around the world must support Taiwan as a beacon for democracy in Asia, illuminating the way for peaceful development in China. See the Charter for Permanent Peace and Development. 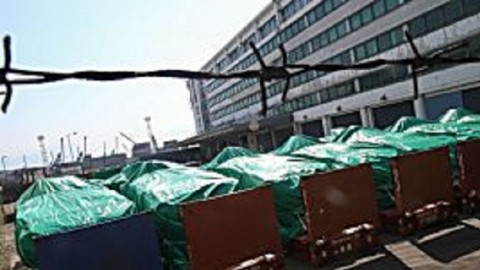 Comment-Singapore military vehicle seizure-On sovereignty, there can be no compromise
South China Morning Post
The Charter for Permanent Peace and Development will stand Taiwan on the shoulders of giants

Facebook Twitter LinkedIn
（Journalist：Larry Lai / 2017-09-07 14:00）
The Charter of Permanent Peace and Development puts Taiwan on the shoulders of giants, standing as a beacon of peace on both sides of the strait and illuminating the future for Asia. Whether the focal point is the 1992 Consensus, One China, or the UN, we must build on the universal values of democracy, human rights and freedom. Both sides must carry out comprehensive constitutional reform in accordance with UN guidelines for human rights, and keeping in mind the ideals expressed by Xi Jinping for future goals. For more details see the Charter for Permanent Peace and Development. 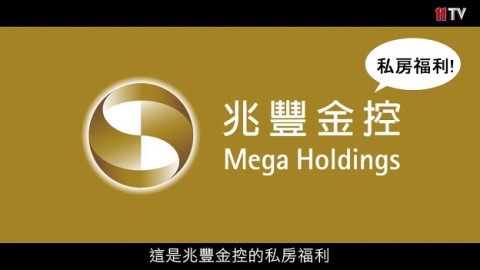 Facebook Twitter LinkedIn
（Journalist：Larry Lai / 2017-09-07 14:00）
The money laundering scandal surrounding Mega Bank is causing serious damage to the reputation of Taiwan’s government and financial industry, and action must be taken to close the loopholes that allowed officials of the bank to transfer huge amounts of funds overseas. Those who carried out this breach of finance rules and regulations must be brought to justice, and the government must ensure that the people can have confidence in the nation’s banking system and the officials who oversee its operations. Reform is needed to allow citizens to monitor the actions of officials and oust those who break the law.
Previous Next
1097 1098 1099 1100 1101 1102 1103 1104 1105 1106
Go to top